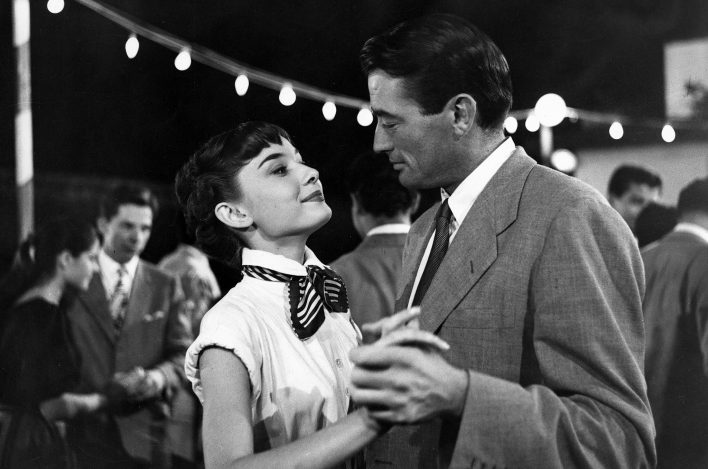 Several years ago my family was having a movie day. Now, for most families, this might be a rather straightforward experience, but I come from a very large family filled with professional public speakers. So a “discussion” about which movie to watch is more like a political debate mixed with multi-media presentations, backroom deals and plenty of intrigue. It’s actually probably more interesting than most movies, come to think of it!

Anyhow, after literally an hour-and-a-half of discussion, we settled on two movies. The Lorax – a new, animated adaptation of Dr. Seuss’ classic children’s book and Roman Holiday – a black-and-white classic starring Gregory Peck and Audrey Hepburn.

The contrast between the movies was stark. The first movie was complete sensory overload. If you want the same experience without watching it, blast some music while flashing the lights on and off for 90 minutes straight. Comparatively, to experience the second movie, put on a pot of tea, sit down and wait for it to boil. Once boiled, sit and drink a cup of tea.

While watching the second movie, however, it wasn’t tea that was boiling, but my blood. Because, in between the thoughtful pauses and deliberate speech of Roman Holiday, my youngest brother kept asking questions. “Where are they going? Why did they do that? What is that? Why did…? Will they…?”

The thing that was driving me crazy wasn’t the nonstop questions. (Ok, it was a tiny bit annoying). I realized he probably had plenty of questions during the first movie too but, literally, had no time to ask any before something else was whizzing or booming across the screen. He had no time to think or wonder. It emphasized to me how we have replaced entertainment with distraction. And it made me kinda hate modern movies.

And then I thought about what he was experiencing during the second movie. He was thinking, wondering, pondering. He had time to try to think about where the story was going. He had time to be disgusted by the fact that the main characters were probably going to kiss. And instead of simply a sensory overload, we were all watching and taking in the deliberate artistry of one of the greatest film directors of all time – Frank Capra. I would sum it up this way.

The Lorax happened to us, while we experienced Roman Holiday.

This is one of the most helpful things you can do in order to heal your mind. Choose activities, art and entertainment that make you richer for the experience. We know how our minds are affected by information overload. It numbs us while making our brains crave more. Choose activities that make you think and you will train your brain to engage with what is in front of you.

Reading books, going on walks, painting, engaging in thoughtful discussion. All these things can actually help our brains heal as we learn to find enjoyment in more deliberate activity without the overwhelming rush of dopamine that modern entertainment and social media bring.

These activities aren’t all you need to do to find freedom. But they will help in the journey to renew your mind.

One last thought. This past summer this same brother came with my family on a cottage trip. We had a blast – canoeing, kayaking, playing all manner of games and watching some movies. But, at the end of the week, when asked for his highlight, he said, “looking at the stars”.

The last evening we were there, we were treated to the most perfect clear night sky and, being in the middle of nowhere, we took the time to just sit on some deck chairs and stare straight up. If you’ve ever had the chance to see that type of sky, you know that the longer you can stare, the more stars you see. I thought how neat it was that my younger brother, despite all the fun activities we had been doing, found the most joy in beauty that needed patience in order to be seen fully.

For more helpful steps in the journey to overcome pornography, click below for our free booklet WINNING THE IMPOSSIBLE FIGHT.

One Comment on “How Watching Old Movies Can Heal Your Mind”