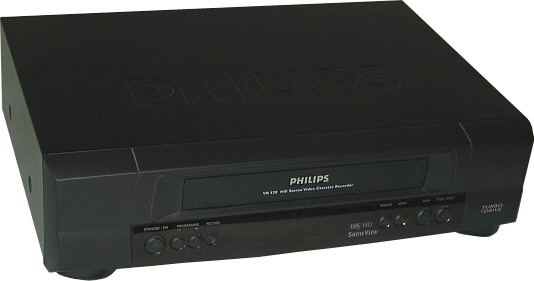 How do you stop something pervasive? Can a society change in one generation?

I ask because when we talk about fighting pornography, we are talking about something that is everywhere. The amount of people who have  never seen pornography is negligible – men and women who are addicted to its consumption make up the majority of our population. There are probably some people who believe that we will eradicate cancer long before the plague of pornography.

But think about this. You don’t have to go back very far to find an example of something that was a staple of society but has now completely disappeared. Case in point? The VCR!

Do you remember the VCR? Every home had one. It was the only way to watch movies at home. As a child, few presents were as exciting as getting a movie you really wanted on VHS. You would swap Video Cassettes with friends. Every year my family would record home movies, copy them onto VHS, and mail them across the country to our relatives. Think about this. Virtually every home in North American had a VCR. Every neighbourhood had at least one video rental store.

In the summer of 1996, my Dad and I were riding the ferry between Vancouver and Vancouver Island, and he bought me a Popular Science magazine. I pored over all the articles with the curiosity of a 10 year old boy and one popped out to me. It was about a new technology being released the following year: Digital Video Discs. They could hold up to 7 hours of video. To a ten year old boy this was a wonder beyond wonder. 7 hours of video is endless. I excitedly showed the article to my Dad and we chatted about this incredible new technology that would obviously be just for Rich People. To us, owning this newfangled DVD was just as out of reach as my current dream to own the new Tesla X.

It was nearly 20 years ago, but I distinctly remember the end of the article. Some industry expert was explaining how nobody should worry that we were seeing the end of the VHS, because of blablabla (It doesn’t matter what he said. He was more wrong than anyone has ever been!)

So what happened? In a mere 20 years, we haven’t just seen the VHS die and become a relic of a distant past. We’ve seen DVDs just about die out as well. I have few friends who even own a DVD player! Computers have made the need obsolete, and Netflix has nearly killed the idea of needing a video collection at all.

But let’s just look at one question. Why do they not make VCRs anymore? Because there is no money to make them – there is no demand. If you took a million dollars, and made a bunch of excellent VCRs, nobody would buy them. Zero Demand.

How YOU can help kill the demand.