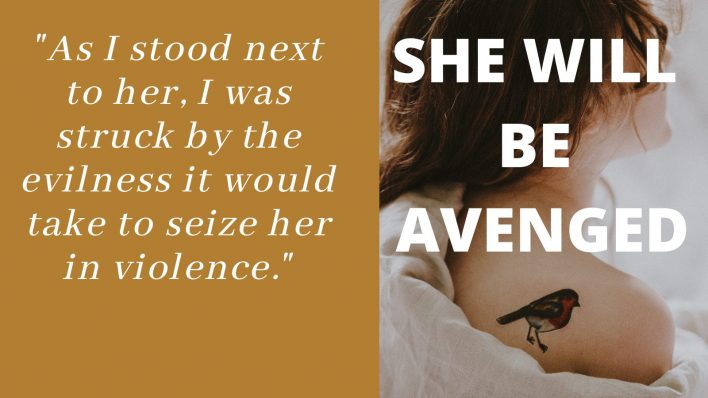 She felt brittle. A bird is what immediately came to mind. And I was filled with anger.

It was her friend who said “we gotta get a picture” because we had all been interviewed for the same documentary on how pornography harms children. She, as an ex-porn star, I as a young father trying to fight for the next generation after being pulled into porn-addiction as a teenager.

We were at an international conference, and after her presentation, I had gone up to thank her for sharing. We had realized we had all been interviewed for the same project a few years ago and decided to get a photo together. I smiled at the camera, but inside I didn’t feel like smiling. As I barely put my hand on her shoulder in the traditional “we know each other but not well” stance, I was overwhelmed with the fragility of the person beside me.

To be clear, I do not mean she is a weak person. The strength to overcome, to speak out, to remake your life after years of abuse is a strength I can barely fathom.

But her body. It is a human one. The physical form that God gave her to house her precious soul. She has but one. And vile men had deemed it theirs. Theirs to abuse and use and do with what they wanted in order to make money – for their own twisted amusement.

As I stood next to her, I was struck by the evilness it would take to seize her in violence. This was a precious woman, a daughter of the creator, made in his image and according to his perfect plan for her. The role of every man who entered her life should have been to protect, not attack, to honour, not violate.

I smiled, but if one of those men who lied and tricked and stole from her in every way imaginable was there, I might have been tempted to do violence.

I hope that the men who misused and abused her will end up in prison. But they probably won’t.

But she WILL be avenged. Though not by me, not likely on this earth at all.

She will be avenged by the very God who created her. His wrath for what was done to her will know no bounds.

Over the past 7 years since I began to work in earnest in the world of fighting sexual exploitation, I have met hundreds of abused women and men, girls and boys. I have heard hundreds of first-hand accounts of horrific violations and degradations.

I have been asked how I sleep at night with all these stories in my head. It is simple, I believe in the vengeance of God.

I believe that in the absence of true repentance leading to his mercy, his wrath will be poured out in full. A portion of it has been already. The part intended for me. Jesus Christ himself suffered for my part in being a consumer of exploitation.

I wrote the first part of this a year ago, but I did not have a conclusion. I will be honest, there was more anger in it as well and I didn’t think it was healthy.

But now I am reflecting again. And I think of Lori Anne Thompson. Lori Anne who was abused by none other than Ravi Zacharias.

She was one of his many victims. Only one of those who the organization that shielded and protected this predator turned a blind eye to.

Ravi Zacharias International Ministries is now crumbling. It is falling apart because, for the first time, members within the organization itself began to make a different choice. To choose to stand with the survivors instead of the perpetrators and enablers. To hear the voices of the victims and defend the Lori Anne Thompsons instead of the power and influence that was within their grasp.

But others are still clinging to their power and reputations.

My guess is that some of them fear punishment and imprisonment here on earth, and if that is their focus they will have made a truly horrible bet.

Because where some fear jail, those who have stood up to them fear hell. An eternal perspective that leads one to love. It may be cliche to say, but it really does come down to fear for oneself versus a love for others. Those that cared more about the women who were abused, who risked the criticism and judgment of powerful men, feared the wrath of God far more. As it is written so plainly in the Bible, “The fear of the Lord is the beginning of wisdom.” Anyone who seeks to protect their earthly reputation and position would be wise to consider how this story will end one way or another.

I believe in grace, forgiveness, and love. I believe with all my heart that there is no one so far gone that they cannot be redeemed. I believe that there will be an “in the end” where everything will be made right. And I also believe that one does not need to believe in these exact things to understand that abuse and exploitation are wrong.

But here is what I am trying to say. This is not a reflective piece. I am looking to the future, to the next time we hear the first whisper that someone is not what they seem. That someone is crying out for justice.

Do not hope that everything is ok. Do not turn away for fear that it is true.

When she cries out for justice, choose your next action wisely.

Because she will be avenged.

DISCLAIMER: While I have no official relationship with RZIM I know multiple people who were on staff including my brother Daniel who repeatedly spoke up in recent months to advocate for a focus on the voices of the victims and real accountability from the organization.