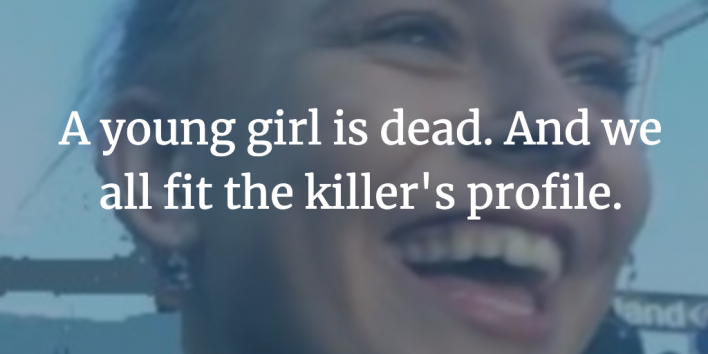 I don’t know if you have ever wept openly in public before. But if you were sitting next to me listening to Patty Wetterling speak with eloquence, grace and love about the assault and murder of her son Jacob, you probably would have.

What was most striking about Patty Wetterling however, wasn’t her powerful portrayal of the life of a precious child brutally cut short. It was the careful review of the life of his killer. She pointed out more than a dozen instances in the life of the serial child molester, child pornographer and killer when somebody should have reached out to him. The abuse he himself suffered, the specific smaller crimes he committed that should have been a red flag that something was not alright.

To us, the approximately 600 at the Coalition to End Sexual Exploitation Summit, the challenge was clear. Working to only save the victims will save a few. Save the perpetrators and we could save all.

Everybody hurts more than one person. Except for him.

This wasn’t how I expected our second day of brainstorming to go. We had been discussing strategies and ways to fight back against pornography with our Strength To Fight team when one of the members of our group asked to share something extra.

It could have been handled better. And if I could go back I probably wouldn’t allow that conversation to happen at all, but there was a part that stuck with me.

One of our team members had recently helped a young person they knew turn themselves into the police for sexually molesting a minor.

The crazy part was that this young person had approached our team member of their own volition. They weren’t caught or questioned. They came up and said “here is what I did, I need to tell the police.”

When they took the individual to the police station, the authorities were confused and didn’t even know where to start at first. Perpetrators don’t just turn themselves in. Especially not for crimes like this.

Our team member was passionate about this. “Perpetrators never have just one victim,” they said. “But he will. He will have just one. He is going to go to jail. He has requested access to the best psychotherapists in order to fix what is broken in himself. He isn’t going to hurt anyone else. This is unheard of.”

The group wasn’t ready for that discussion, and neither was I. It took us three hours to get back on track. But I’ve never stopped thinking about that point.

A young girl is dead. And everyone matches the murderer’s profile.

The story, the arrests, and the trial, was rather unusual. But one thing is very clear. We have a serious problem on our hands. A problem of our own invention.

There is a lot of debate about whether or not viewing pornography can “create a rapist”. There is a range of research. But everything points to at best pornography creating indifference to one’s fellow humans, and at worst feeding and creating violent sexual fantasies. The middle-ground consensus is that for those who already have violent and sexually disordered tendencies, it is the manure from which fantasies can grow into criminal action.

What jumped out at me about the trial of the two young men who committed the violent and brutal acts upon this young girl was that the defence managed to successfully have the 12,500 pornographic images on one of the young man’s phones dismissed as evidence.

That was the defence lawyer’s explanation. And here is the problem. The blaring alarm we need to pay heed to.

Yes. The people whose job it is to make money of off dehumanizing and violating other humans are running out of ideas.

And here is where all these different threads run together, as far as I’m concerned.

Thousands of images and videos of sexual violence stored on the personal device of a young man should have been a clue. According to virtually every study about the impact of such content on a young man’s brain, it WAS a clue.

We have no chance of filtering out which of those boys and girls consuming these videos are susceptible to its worst outcome and which ones are simply being traumatized.

Consumption of violent and degrading pornography should be a clue, not commonplace.

Until the stereotypical actions of a murderer are not stereotypical of our society, we will have a tremendously awful time putting an end to rape and murder.

They say don’t get rid of the baby with the bath water.

This is not a baby. We have created a demon in our own image and named it “normal society.” By all that is good and holy throw the whole damn thing out.

Please note, I am using “damn” in the very literal sense. What we have created deserves damnation and seriously, damn it. Damn it to hell where such vile acts belong.

If we are going to abide by the words of Patty Wetterling, learn a lesson from the young man who turned himself in, and  honour the life of Anna Kriegal, we must be willing to stop normalizing stereotypical behaviour of rapists and murders as “normal teenage behaviour.”

Because unless we can spot them, we can’t stop them. We can’t help them.

Dear God Almighty, let us once again ensure that our society sees rape and violence as evidence, not entertainment.

*These numbers are according to a variety of studies, however as anyone who regularly speaks to high-school and universities students can tell you, based on what we are told over and over again by the kids who have grown up with smartphones, the statistics are wildly out of date and probably significantly lower than current reality.