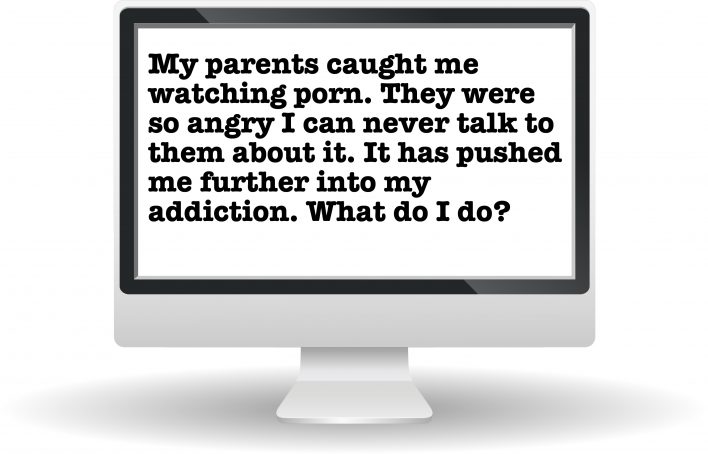 Looking out into the audience of 400 high-school students at a christian high-school, I read the question texted to the big screen.

I looked out into those hundreds of faces, knowing that one brave student had texted the question in, but that I was speaking to many more who were asking this question in their hearts.

“When I was your age”, I said, “Sitting where you are. This was my question, word for word. But I didn’t ask anyone. I kept it hidden. And I wish nothing more than to have been brave enough to reach out, to have really talked to someone. I would saved myself years and years of pain.”

But for all the pain I went through in my life , I don’t regret it at all if it is what lead me to be there. To that stage, in front of that student, and all of their friends.

So more than I’ve ever said it before. On behalf of our entire team, who spoke in front of thousands of parents, teachers, students, both christian and secular since the beginning of this year. THANK YOU so much for making this possible. For helping us get there. Because simply helping us be there, is making a world of difference in peoples lives.

This article was originally posted in our monthly e-newsletter. If you would like to receive it, please sign up here!

To support the work of Strength To Fight financially and help us BE THERE for thousands more people every year, donate here!