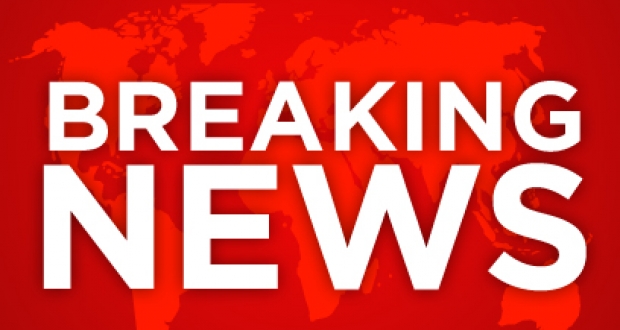 *Note this article is slightly longer than the others, but that’s kind of the point. So please read it in full.

I used to work in Radio and have had the misfortune of being both on-air and also running the editor’s desk during several mass-shootings, natural disasters and various salacious scandals. Each time, it was incredibly difficult to try to parse the truth from the rumour. In the age of twitter, where everyone on the planet suddenly becomes a source, it’s hard to sift through all the information and mis-information. So we follow a rule: until 2 credible sources have reported the same information, you don’t necessarily trust it.

We couldn’t even trust ourselves! One time one of our reporters in another city sent us a breaking news story. “GARTH BROOKS FOUND DEAD!” We were shocked, one of our News-Anchors began preparing to break the news on air, almost excited to be the first station in Ottawa to break such a big story. But we called our sister station to double check where they got this information. It turns out they had a new intern who was practicing writing stories, and instead of saving his (or her?) work to his (or her?) own file, he (she?) had mistakenly sent it out over the entire news-network. (I’m assuming his/her? internship ended early.)

How social media is ruining everything

Another example of this is the Parliament Hill shooting from October 22, 2014. There was only ever one shooter, but as people all around downtown Ottawa panicked, they did what all good panickers do these days. They tweeted. The police were soon chasing rumours of Gun Men all over downtown. In a couple of instances police checked into several reports of “Gun Men on such and such roof” only to realize it was their own snipers in position. Others reported construction noises as “multiple gunshots”. And Liberal MP Carolyn Bennett had several new stations reporting that she had heard “more gunshots ringing out”, when it was really the RCMP using a battering ram to knock down locked doors.

Rumours affected my own life that day, when friends started texting me because they heard that I was the driver who was hijacked by the shooter on his way up to the Hill. I was a Cabinet Minister’s driver at the time, I drove the exact same car as the fellow that was hijacked, and in fact I was parked in that exact same spot about 20 minutes before it happened. But it wasn’t me.

It didn’t take long though for text messages among my friends to turn from “was that Josh’s car?” to “Did you hear that that was Josh’s car?” So many people picked up the false rumour, that some people who knew I was safe and sound, actually double checked with me later that day to see if I was ok, having forgotten that they had heard from me that I was NOT the hijacked driver.

Twitter isn’t necessarily the problem. It’s the fact that  we actually prefer Twitter to get our news that is the problem. When I scroll through 200 stories communicated in 140 characters or less, I feel like I’m informed, but I’m not really. Headlines and tweets are designed to grab your attention. And they often do this by giving you ever so-slightly misleading information. Often they give you incomplete information on purpose.

We call this “clickbait”. And clickbait is exactly the same issue we have with the availability of pornography.

We don’t read or watch news to be informed, so much as to FEEL informed. As humans we are born with an incredible hunger to learn and know, to be curious and then to satisfy that curiosity. We constantly whet our appetite for knowledge without ever learning anything. We can always say “Did you see what happened?” without ever being able to tell anyone the full story. 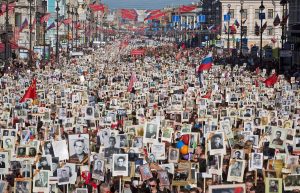 March of the Immortal Regiment

It is one thing to see this picture of the “March of the Immortal Regiment” from St. Petersburg Russia. It’s another to read this full story and understand the background and the horrific tragedy that those marching are living with to this day.

Only discuss what you can learn.

I use Twitter. I do find it a useful snapshot of what is going on in our society, a very brisk “news” update. But I never pretend that by reading a couple of tweets I understand anything enough to actually know what is going on. Twitter lets me know what people are talking about, but it does not give me enough information to join that conversation. I try to stick with the policy that I only discuss something controversial once I have read at least 2 credible articles on the matter. This means not only that I spout off fewer half-informed thoughts, but that I’m also training my mind to slow down and actually learn.

Un-Building a habit (Not a real word. But it works)

Can you halt the building of this habit?

Our challenge to you today, is to pick one book, a good book and read it in the next 4 weeks. Finish it. Give yourself the time to sit and read and think and dream.