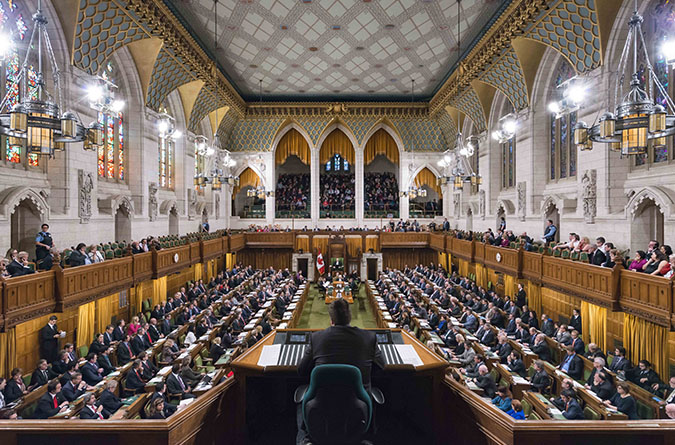 Yesterday there was some good news in Canada as members from all political parties in Canada rose to speak in favour of studying the effects of pornography. The official wording of the political motion put forward by Arnold Viersen an MP from Alberta states.

“That the Standing Committee on Health be instructed to examine the public health effects of the ease of access and viewing of online violent and degrading sexually explicit material on children, women and men, recognizing and respecting the provincial and territorial jurisdictions in this regard, and that the said Committee report its findings to the House no later than July 2017.”

What this means is that the Canadian Health Committee would have to study what online pornography is doing to our society and especially the effect that that is having on children. Those of us who think such an action would be a great thing weren’t sure if it would be supported by all parties but it does seem that that’s the case.

And yet there was one sentence that jumped out, which was from Parliamentary Secretary to the Leader of the Government, Kevin Lamoureux. In his statement expressing the government’s support of the motion he stated ““Canadians as a whole appreciate and understand the severity of the issue before us” “

No offense to Mr. Lamoureux and any of you, but no I don’t think Canadians “as a whole” neither understand nor appreciate the severity of the issue.

So that’s where you come in. Make sure that the Government actually presses in. WE know what they will discover should they fully study this issue. It will be horrifying and stomach turning and the action they may need to take may seem extreme, it may be tempting to look away. So keep writing and calling your MPs and stating your support for this motion and your concerns about what pornogrpahy is doing to our society, particularly to our boys and girls.

Tell your friends about what is happening. Attend a screening of “Over 18” to learn more about protecting children. Or invite Strength To Fight to come and give a presentation. We need to be an informed society that can hold our government to account on these issues that affect us all.

This very type of study is what has caused other governments to begin to put in helpful and much needed laws that take concrete action to protect young people from being exposed to pornography.

Parent’s And Leaders Seminar in Ottawa