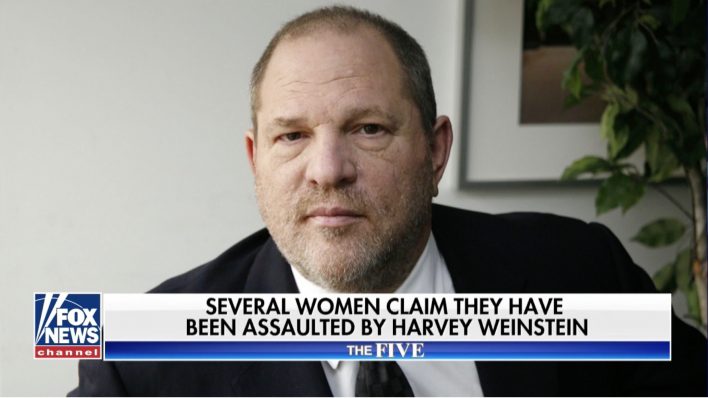 This week began with the absolutely revolting confirmation about one of Hollywood’s worst kept secrets. That Harvey Weinstein, one of the most influential people in showbusiness in history, was a sexual predator. Who had been using his position of power and influence to coerce women into sexual encounters and then silence them for decades. As I write this, well over a dozen women have come forward with details and allegations of his sexual assaults and by the time this is published there will likely be many more as, seemingly by the hour, name after name in Hollywood is coming forward with stories.

It wasn’t just old-school Hollywood that was rattled by a sexual misconduct scandal this past week. On Monday it was revealed that Andy Signore, founder of one of the most successful YouTube channels, Honest Trailers, had been fired from its parent company, Defy Media, after five women came forward with stories of sexual abuse and, in some cases, published condemning screenshots of text messages from him. All in all, it was another nearly identical case of a man with power and influence trying to use said power and influence to coerce and bully women into sexual activity and then trying to silence them.

Now, some may roll their eyes and comment on sleazy Hollywood or “disgusting rich men” or something about Democrats. But there is a serious lesson to be learned here.

Take a look at Harvey Weinstein’s absolutely pathetic apology. Or rather, what he somehow believed was an apology. 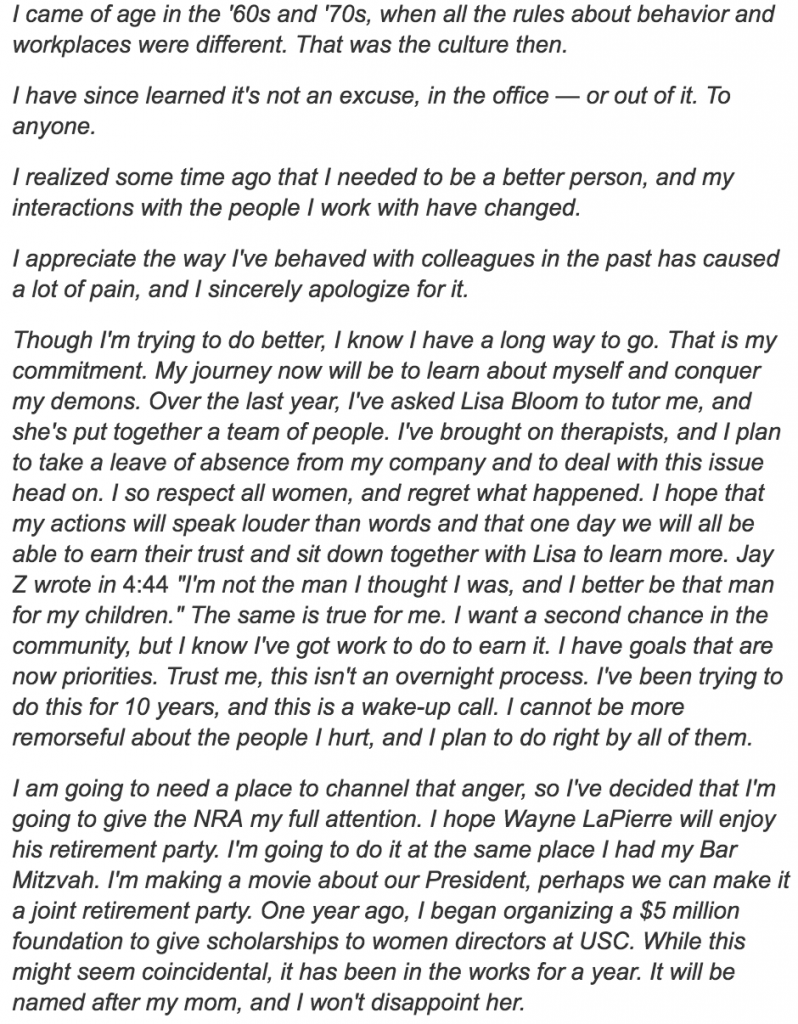 Weinstein blamed the environment he grew up in. This is the pathetic excuse of a coward (I guess I’m not holding back in this article am I?)  As CNN Anchor, Jake Tapper, sarcastically commented on Weinstein’s point of view – it’s a wonder that any of our fathers made it out of the 60’s and 70’s without raping anyone. Read the bigger story that Weinstein is telling himself. He is admitting that he thought it was normal to sexually assault, harass, coerce and bully women. And what I am trying to convince you of, is that you should believe him.

Believe him that he thought he could behave this way. Believe it, when the Weinsteins and Andy Signores act surprised that not all women want to have sex with them at any given moment of any day. This is the main message of the sexual revolution, crafted by Kinsey, spread by Hefner, and now mass-produced on a level previously unbelievable by the 90 billion dollar porn industry. The message is that all people want sex, with all people, all the time. That people like sexual coercion because, deep down, everybody just wants sex all the time. And it is not a messege reserved to pornography; it’s in our movies where heroes are allowed to kiss girls who resist because, surely, they want to be kissed. (Or did you forget about Harrison Ford in Indiana Jones, or Antonio Banderas in The Mask Of Zorro)?  And if you need further proof that the minds behind these movies think that “predatory is the new sexy”, take a look at this discussion between the creators of Indiana Jones. 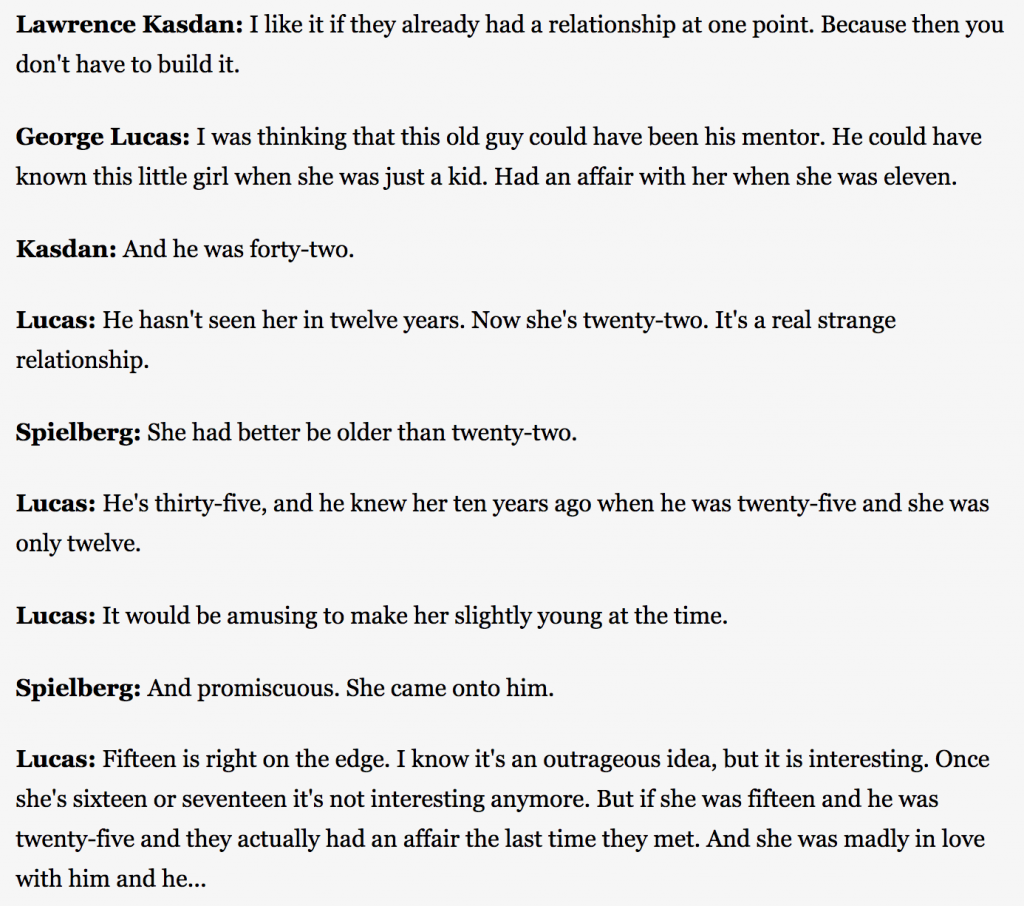 You should believe Harvey Weinstein when he says that he didn’t think there was anything wrong with sexually assaulting young, scared actresses. This makes him a predator; this makes him an abuser; what he did was evil and disgusting. But to pretend that men like him are outliers is naive. They are, indeed, a product of their environment. And we need to realize that we must scrub our environment of the content that fuels this type of thinking and that normalizes this behavior. We need to stop being surprised that a society, where movie producers discuss making a movie hero a statutory rapist, ends up with Stanford students not thinking that passed-out drunk girls might not want to have sex with them.