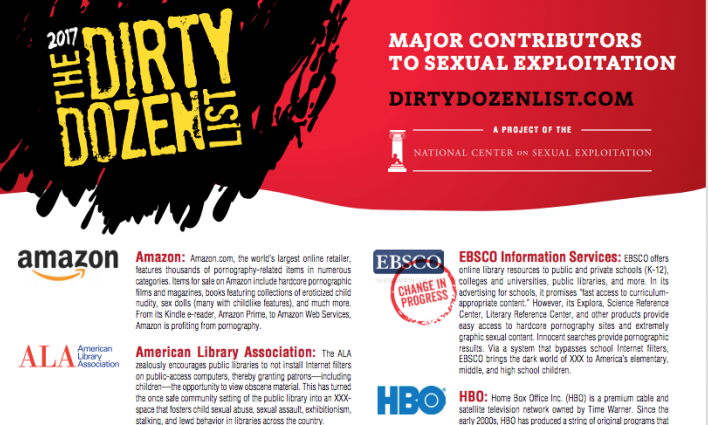 Every year, the National Center on Sexual Exploitation (NCOSE) puts out out their Dirty Dozen. 12 Companies that while 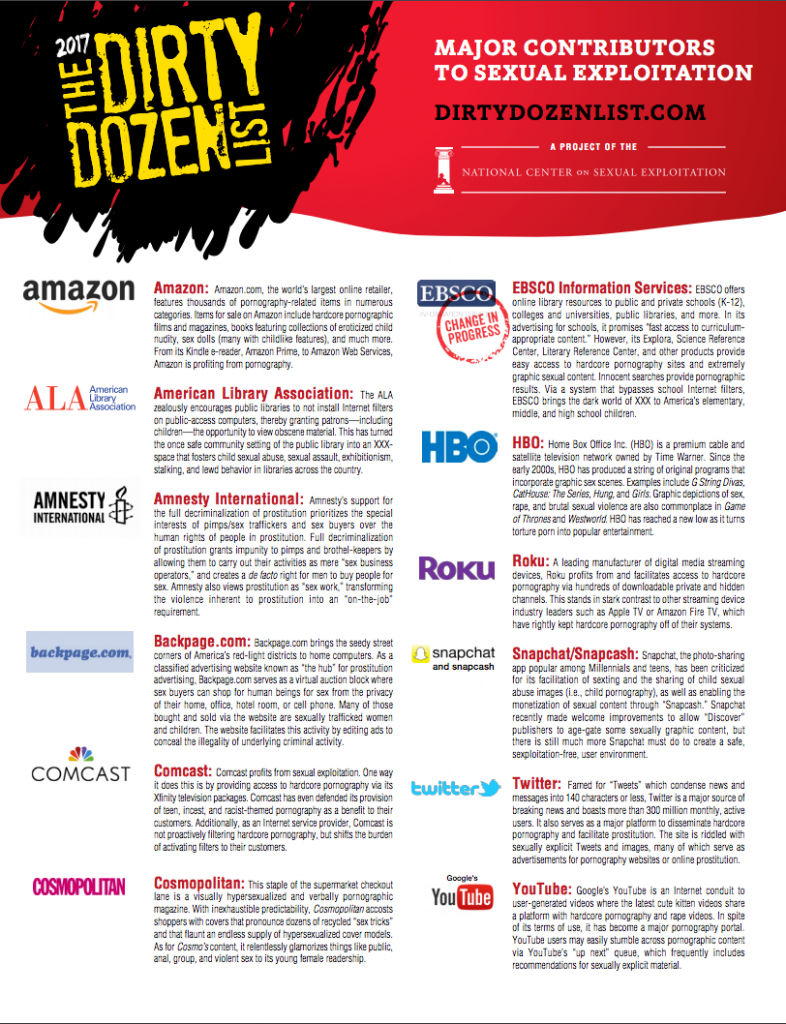 This year, the list includes well known companies such as Amazon for their continued sale of hardcore pornography
and “eroticized child nudity” (among other issues), Twitter for their refusal to shut down the multitude of pornographic accounts, and HBO for their increasing normalization of sexual violence.

That’s how most corporations work.

Here is a helpful pie chart that explains what they are all about. 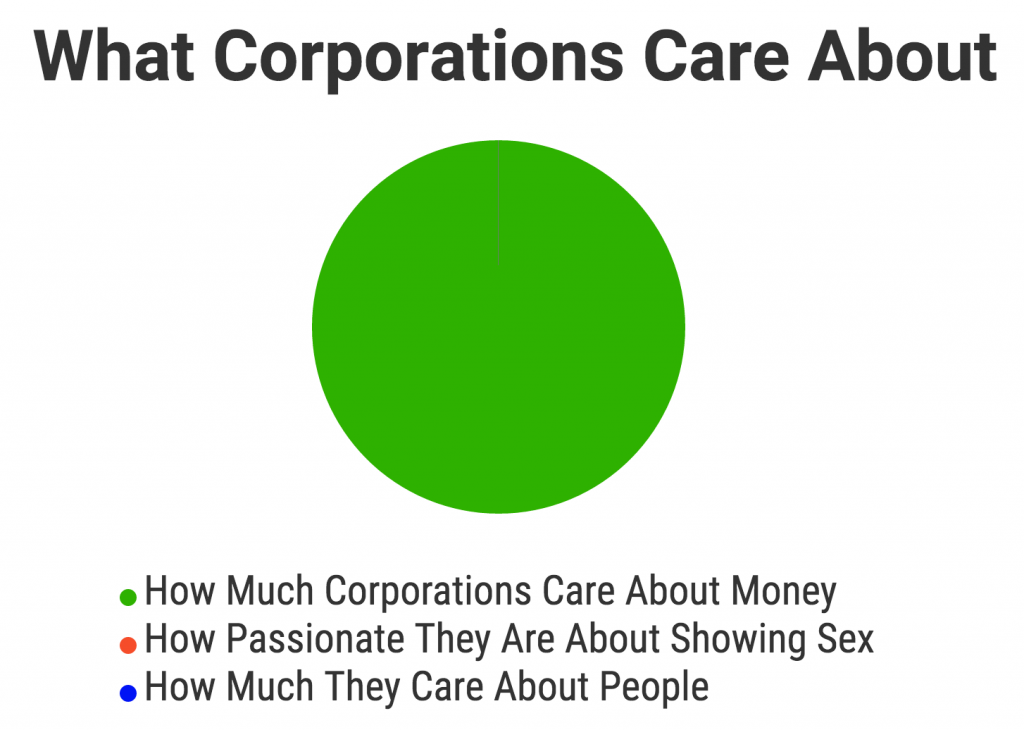 But the good news is that it means we have a voice. We don’t need to wait every four years to vote for anti-porn politicians and hope that they enact legislation to do our work for us (although we hope they do), we can vote every day with our wallets, with our buying habits. We can use our voices, emails, and campaigns to say “We are not ok with this!”

Other victories over the years have seen policies change at Hilton Hotels, American Apparel, and even Google and Youtube. How does that happen?

Pulling In The Same Direction

The reason why we are fans of the “Dirty Dozen” list that NCOSE puts out is that it helps the anti-porn movement all grab onto the same rope and pull in the same direction. There a lot of fronts in this battle and while we all need to fight the battle in front of us, there is always the danger in trying to fight ALL the battles ALL the time. Today marks a day on the calendar that helps us all focus on fighting some of these battles together. It might seem crazy, but when we all grab onto one rope and pull in the same direction, 200 Billion dollars companies move.

What you can do in Canada 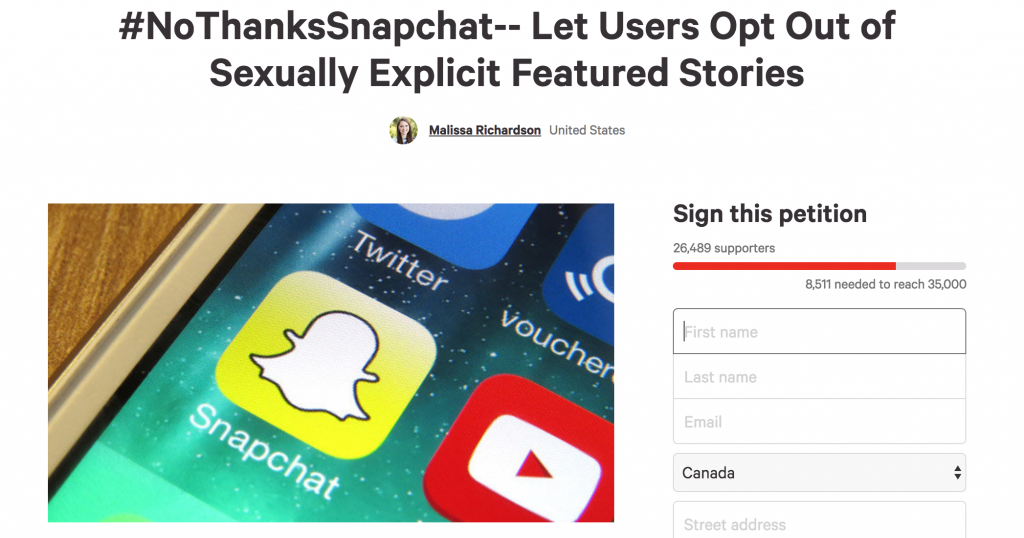 #NoThanksSnapchat was started by one women who was upset with Snapchats policy for featured stories and within a week had created a groundswell of support that lead to Snapchat making concrete changes.

NCOSE is based in the USA and some of their targets don’t apply to Canadians, but that doesn’t mean we don’t have shared targets and most importantly it should inspire us that the battle is winnable. Some of the victories against the industry this year were not started or won by organizations like NCOSE, or Strength To Fight, they were won when one person decided they had had enough and rallied people together to all pull on one rope at the same time.