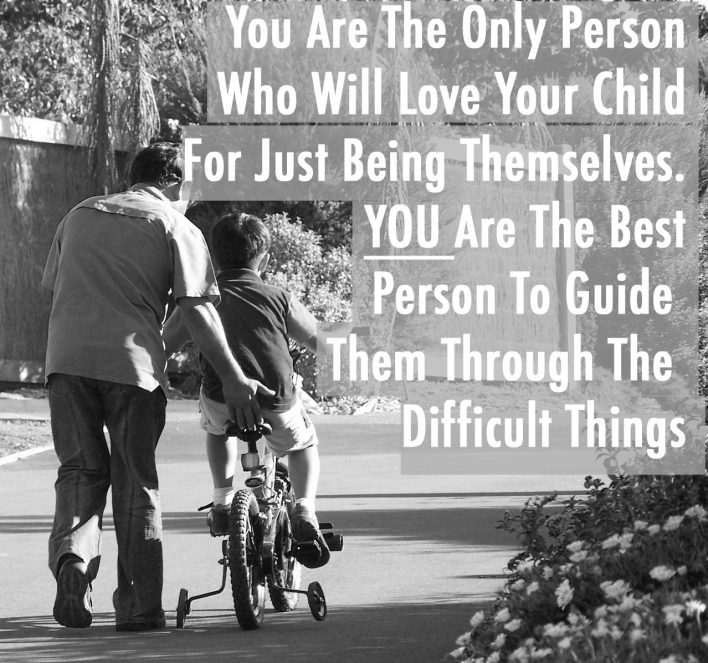 Every strength has a flipside which can be a weakness. If unchecked it can be used by predators to manipulate our children. Here are four strengths that can become weaknesses in strong families.

Forgiveness means letting go of toxic bitterness against someone. Forgiveness does not mean that we excuse that person or develop trust in that person. Therefore forgiveness is consistent with seeking justice. We too often think that if we forgive someone it means that we can’t pursue criminal charges. But forgiveness means letting go of the personal vendetta without pretending like nothing wrong happened. If someone has betrayed our trust, we can forgive them. Indeed, for our own sanity we must forgive them, but we must be slow to reinstate trust in the relationship. We owe everyone forgiveness, but no one is owed trust. Trust must be earned. If someone in your family, or community has committed a sexually inappropriate act, you should forgive them, but you mustn’t immediately let them back into you or your children’s lives.

Respect for authority vs. Blind obedience

There is a difference between respect for authority and blind obedience. My parents often told me and my siblings that we should always listen to whomever is in charge (the babysitter, Sunday School teacher, even themselves) unless they told us something against the Bible. As a kid I thought that they were just trying to shield me from saying a bad word. Like maybe Mommy or Daddy or my Sunday School teacher would, in a moment of personal weakness, tell me to say something bad that God wouldn’t want me to. I was ready to resist if they wanted me to say “stupid”. It was honestly not until this past year that my brother informed me that my parents were trying to protect me from blindly obeying inappropriate advances from an authority figure. If you drill the principle into your children that they must do whatever they are told by whomever is in charge, then you are setting them up to being vulnerable to exploitation by people in authority. Helping children to understand that there is a higher authority above their teacher, babysitter, or even yourself, can protect them from anyone who would seek to abuse their position of power.

Family identity vs. No boundaries

Many healthy families reject the Western obsession of individual autonomy and instead maintain a sense of familial belonging. This can go overboard and an easy path for a predator to exploit. There can be a sense where there is such a strong family identity that your child doesn’t have an understanding of their individuality. I have friends whose parents refused to let them have the bathroom door locked. When they were having a bath anyone in the family would walk in and use the toilet or the sink. Such a policy undermines the child’s sense of boundaries. Boundaries tell us where one country ends and the other begins, and the same is true for personal boundaries. If a child does not understand where their father’s or mother’s identity ends, and their own begins, then they will be more susceptible to sexual abuse from a family member.

Too many times in good communities people knew someone was dangerous, but refused to speak up because they didn’t want to gossip. That person went on to harm other people. It could have been avoided, but people were afraid of being gossips. Simply put, gossip is about spreading unnecessary details to hurt the reputation of someone. Reporting a crime or warning others about a particular person is about protecting people from harm. There is an important difference. Sometimes people have earned a bad reputation, and failing to warn people is enabling abuse. We need to be less concerned with protecting reputations and more concerned with protecting people from harm.

What to do now.

No person or family is perfect and we always do better when we discuss these things. Don’t be afraid to sit down with your spouse and have an honest discussion about how you are doing in these areas.

Like me, it might take 20 years for your children to realize everything you are doing to protect them. But when they do, they’ll thank you.